By gh0stnuts31st July 2021No Comments

Martial law is the temporary imposition of direct military control of normal civil functions or suspension of civil law by a government, especially in response to a temporary emergency where civil forces are overwhelmed, or in an occupied territory.

The Australian army has been called into Sydney to enforce LOCKDOWN until 2022.

ALSO the police have give the authority to close a business

I’m not saying it is confirmed Martial Law what Sydney is currently going through however there are signs of how this can be seen as a developing motive for the possible future. Also the Police Minister is a cunt.

Prime Minister Scott Morrison has revealed the long-awaited vaccination target that must be reached before the country can move past lockdowns.

Speaking after Friday’s national cabinet meeting with state and territory leaders, Mr Morrison announced that 70 per cent of Australia’s eligible adult population must be fully vaccinated in order to enter phase B of its four-step plan out of the pandemic.

“We will get to phase C when we hit 80 per cent,” he told reporters.

When 80% vaccination reached – the country will move into phase C but ‘highly targeted lockdowns’ will still be possible. 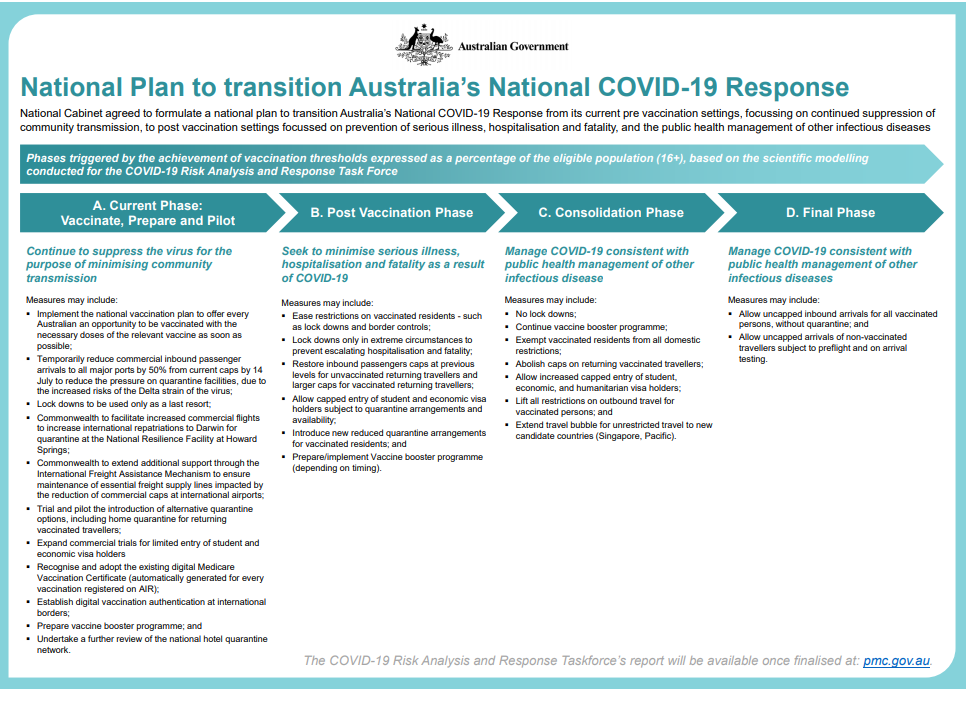 With the current state of affairs it is not out of the ordinary and even some what accurate to make comparisons to those who support the authoritarian vaccine mandates to NAZI behaviour. Now how can I draw that conclusion, well for those of you who aren’t aware of the Nuremberg Code it is essentially a bunch of rules/ethics set up for the principles of human experimentation drafted up after the horrors of WWII.

Now MOST vocal supporters of mandated vaccines see it fit to press criminal charges against those who refuse the vaccine or even in some instances demand a forceful administration of the vaccine.

“Consent of the human subject is absolutely essential.”

“Exercise free power of choice, without the intervention of any element of force, fraud, deceit, duress, overreaching, or other ulterior form of constraint or coercion”

So how has this seemingly been brushed aside? Are they getting away with this because it’s supposedly not an experimental vaccine?

The vaccine is still deemed experimental as it is authorized only under an “emergency”, it has not gone through proper long term tests or due diligence testing

(In this group interview facilitated by Sam Dubé, M.D., Ph.D., four physicians from across Canada – emergency physician Dr. Chris Milburn, rural family physician Dr. Charles Hoffe, general surgeon Dr. Francis Christian, and pathologist Dr. Roger Hodkinson – tell their stories of persecution at the hands of their governing bodies. Their only crime: practicing evidence-based medicine by questioning the safety of their patients and the public during the pandemic.)

Mortality from Covid-19 increases with age, reaching 14.8% from the age of 80. The severity of the infection is linked to the acute respiratory distress syndrome (ARDS) which requires intensive care. ARDS is the consequence of the reactional inflammatory storm that damages the lungs.

Aged subjects are particularly prone to zinc and vitamin D deficiency. These two micronutrients are able to modulate the immune response by reducing the inflammatory storm.

The hypothesis is that supplementation with zinc and vitamin D would reduce the inflammatory reaction which worsens ARDS and leads to the death of subjects infected with Covid-19.

Ivermectin, is a medication that is used to treat parasite infestations. In humans, this includes head lice, scabies, river blindness, strongyloidiasis, trichuriasis, ascariasis, and lymphatic filariasis

France just BANNED nationwide any lab work, research funding or testing involving PRION DISEASES. Trying to cover up the prionogenic component of the spike protein, and possibly the mrNA-guided ‘synthetic’ spike protein generated by the ‘vaccines.’

If the spike protein itself causes pathology, and if the synthetic spike protein effectively has the same features – causes inflammation, causes illness, and neurodegenerative decline.

What’s the mechanism of action for this neurodegenerative decline? If it’s prionogenic (creates prions which are A self-propagating misfolded conformer of a protein that is responsible for a number of diseases that affect the brain and other neural tissue.), as theorized, then we are all screwed.

Could the vaccine just help the vaccinated spread the disease to the unvaccinated?

Relevant passage from the article:
“Our concern here, primarily and foremost, is whether this is going to happen with any of the vaccines that we give to people,” said molecular biology James Bull of the University of Texas Austin, who specializes in the evolution of viruses and bacteria. ” To test the imperfect vaccine hypothesis in humans, you would need to monitor the vaccine response for either a large or isolated population for a long time. Doing this would allow a researcher to gauge how the vaccine interacts with the virus and if that relationship is evolving. Does the vaccine merely reduce symptoms, or does it also keep patients from getting infected and transmitting the virus? Clinical trials for Ebola might be an arena for keeping an eye on this trend. “It’s important that we pay close attention to the Ebola vaccine in the ongoing trials. We want to know if a person who has been vaccinated and comes in contact with Ebola, whether there is any virus replication in that person and whether that means there could be onward transmission,”. “If those are leaky in humans, it would be potentially very disadvantageous as it could help establish an endemic”

Which rolls into this:

Que one of our fans :

Nearly 40% of new COVID patients were vaccinated – compared to just 1% who had been infected previously.

Coronavirus patients who recovered from the virus were far less likely to become infected during the latest wave of the pandemic than people who were vaccinated against COVID, according to numbers presented to the Israeli Health Ministry.

Health Ministry data on the wave of COVID outbreaks which began this May show that Israelis with immunity from natural infection were far less likely to become infected again in comparison to Israelis who only had immunity via vaccination.

More than 7,700 new cases of the virus have been detected during the most recent wave starting in May, but just 72 of the confirmed cases were reported in people who were known to have been infected previously – that is, less than 1% of the new cases.

New report shows vaccine effectiveness dropping over half a year

A preliminary report on the Pfizer vaccine indicates that its effectiveness at preventing infections -96% at its highest, some two months after the second dose – can fall by more than ten percent by the six-month mark.

The study found a decline of roughly six percent per month, meaning that it could be less than 50% effective within two years.

The report emphasizes that these findings are strictly regarding the levels of infection; serious symptoms and hospitalization are still reduced by over 90% even well after the vaccine.

According to MSN, the manufacturers claim that a third “booster” shot of the vaccine would provide significantly increased protection, including against the new and more virulent Delta strain; antibody levels in those 18 to 55 after a booster shot were found to be five times higher than those in a patient who had received only two vaccinations.

Incentive to get vaccinated

$80 million lottery could boost COVID vaccine rate as part of a plan with an 80 per cent target, report finds